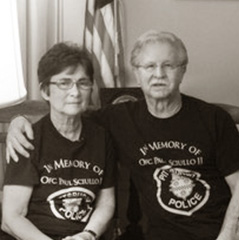 On April 4th, 2009, Pittsburgh Police Officer Paul J. Sciullo II was killed in the line of duty, along with his fellow officers, Ofc. Eric Kelly and Ofc. Stephen Mayhle. It was the worst police shooting in the city’s history. Paul was my younger first cousin and this is a collection of stories about the impact he had on the lives of others, turning grief into joy, and what it means to be truly happy in what you do.

The podcast is called "That Was Paul," because my Aunt Susie and Uncle Max would end a lot of the stories about Paul with that simple phrase. It was who he was. It was what made him a special human being.

To this day, family and friends still stop by their house on Pearl Street in Bloomfield to see how they are doing, and the stories start flowing like my Uncle’s homemade Italian wine. My Aunt Susie would always tell people she would not be offended if they got up and left because they talk too much. But nobody ever does.

As a police officer, Paul found what most people don’t find in a lifetime: Happiness. He was at his happiest when he was doing the job he loved and making a difference. I hope you enjoy listening to these stories as much as I enjoyed putting them together. And like Aunt Susie said, we won’t be offended if you get up and leave, we’ll just keep talking.

Trailer: Burning Desire To Do Something

Hear how this collection of funny, moving and heartfelt stories about my cousin Paul Sciullo came to be.

To know Paul is to know his mom and dad, my Aunt Susie and Uncle Max. This is how it all started. If you listen closely, you can hear Paul laughing.

This episode is all about Paul’s desire to be a police officer and what shaped his decision to change his life entirely and enroll in the Pittsburgh Police Academy. It was a decision that his mother said made him "the happiest person in the world."

Episode 3: We Love You Paul

Paul didn’t fit the mold of a police officer. He was the mold. After his death, people reached out to my Aunt Susie and Uncle Max to tell their story of Paul. How he treated them with respect. Gave them a second chance. And made a difference in their lives.

A beautiful spring day. Shattered by the sounds of gunfire. In this episode we walk in the shoes of Aunt Susie, Uncle Max, Julia, Laura and others in our family who woke up to a day none of us will ever forget. But this was not the end of Paul’s story, it was only the beginning.

Episode 5: Stick A Fork In Me

Paul made an impression on a lot of people - but no one more than his mom. After she first laid eyes on him as a baby, she said, "Stick a fork in me, I'm done." Never could she love anyone or anything more. This and other stories of profound love and respect for Paul await you in our fifth and final episode. 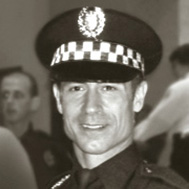 In 2012, a fund was established at The Pittsburgh Foundation to maintain The Permanent Memorial for the Fallen Heroes, located in front of St. Maria Goretti Church (formerly St. Joseph’s Church) in Bloomfield. The memorial is a statue of St. Michael the Archangel, patron saint of police. Paul grew up in Bloomfield, his parents still live there, and when he became a Pittsburgh Police Officer he asked to be assigned to Zone 5 so he could protect the neighborhood he loved the most. If you would like to donate to the fund in Paul's memory, please click here. Thank you. 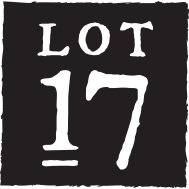 A "Lot" of Thanks

On April 3rd, 2022, family and friends descended on Paul’s favorite watering hole, Lot 17, in Bloomfield to commemorate the completion of the final episode of the podcast. The podcast required the talents of many people, and we raised a glass (or two) to their generous contributions. 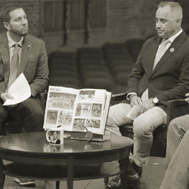 April 4th, 2022 marked the 13th anniversary of the day that Paul and his fellow officers were taken from us. Brandon Haburjak, Director of Alumni Relations at Central Catholic High School, where Paul attended, invited Bill Garrison and Steve Sciullo to tell the story of “That Was Paul” at an alumni speaker event. The show was livestreamed and had one the largest online audiences of any event. 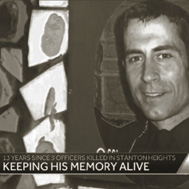 Spreading the Word of Paul

WTAE-TV News covered the story of the Alumni Speaker event. The segment appeared on the 4, 6 and 11 pm newscasts. By the end of day, the podcast surpassed 2,000 downloads. Thank you to co-anchor Mike Clark and reporter Marcie Cipriani of WTAE who are both proud parents of Central Catholic students. 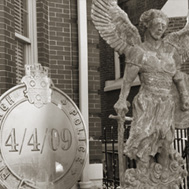 Permanent Memorial for the Fallen Heroes

The Permanent Memorial for the Fallen Heroes in Bloomfield was designed by local sculptor James Simon. Aunt Susie and Uncle Max didn’t want the memorial to be just about the police because in their minds all first responders are important, so we made plaques dedicated to Firefigthers, EMS and Public Safety workers. The memorial is located in front of St. Maria Goretti Church (formerly St. Joseph's Church) in Bloomfield where our families attended church and went to grade school. 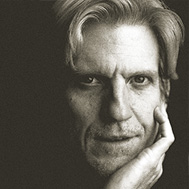 "I'll Come To You" Tribute Song

Legendary Pittsburgh singer/songwriter Bill Deasy collaborated with Bill Garrison (more accurately, he put up with Bill) to produce a song in honor of Paul and all police officers who answer the call. The song is called, "I'll Come To You" and it has been performed by Bill Deasy and members of his band at several of the anniversary events around the city.

I'll Come to You

I'll Come to You (Acoustic)

Now that you’ve heard the podcast, we’d love to hear from you. Please send us an email with your thoughts.

Thanks for your message!
We'll get back to you with any questions.